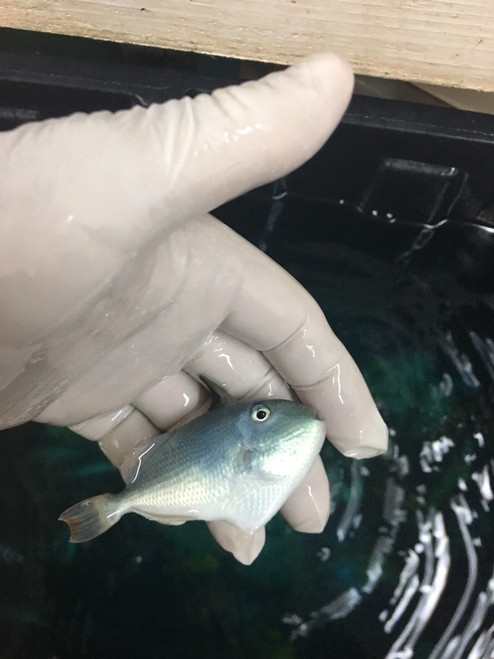 This is one of the least aggressive triggerfish. It feeds on zooplankton. It can be kept with moderately-aggressive tankmates and can even be kept in groups (one male and one or more females) in extra large aquariums. This trigger rarely bothers its tankmates. Like many triggers, it is often shy when first added to the aquarium, but becomes bolder as it learns to associate its caretaker with food. Males sport a blue patch on the throat and yellow fin margins (these characteristics are lacking in females). Being a planktivore, it will not harm corals in the reef aquarium. Hawaiian Specimens are superior in quality to the industry standard Philippine specimens and are therefore the only ones we carry.