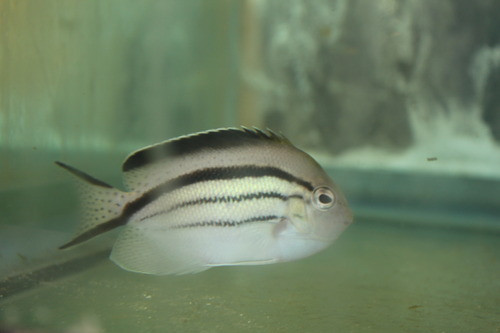 The Lamarck Angelfish is easier to keep than most other angelfish. It requires a tank of at least 70 gallons. They may chase small, docile planktivores such as Anthias, Fairy Wrasses, Flasher Wrasses, and Fire Gobies, but will usually ignore other fish, including other Angels, and once adjusted, usually become peaceful tankmates. Only one male Lamarck Angelfish should be kept per tank. Fish of the genus Genicanthus are the only zooplanktivores among the angelfish, and are thus considered to be reef safe. The diet should consist of Spirulina, marine algae, high-quality angelfish preparations, and mysid or frozen shrimp.